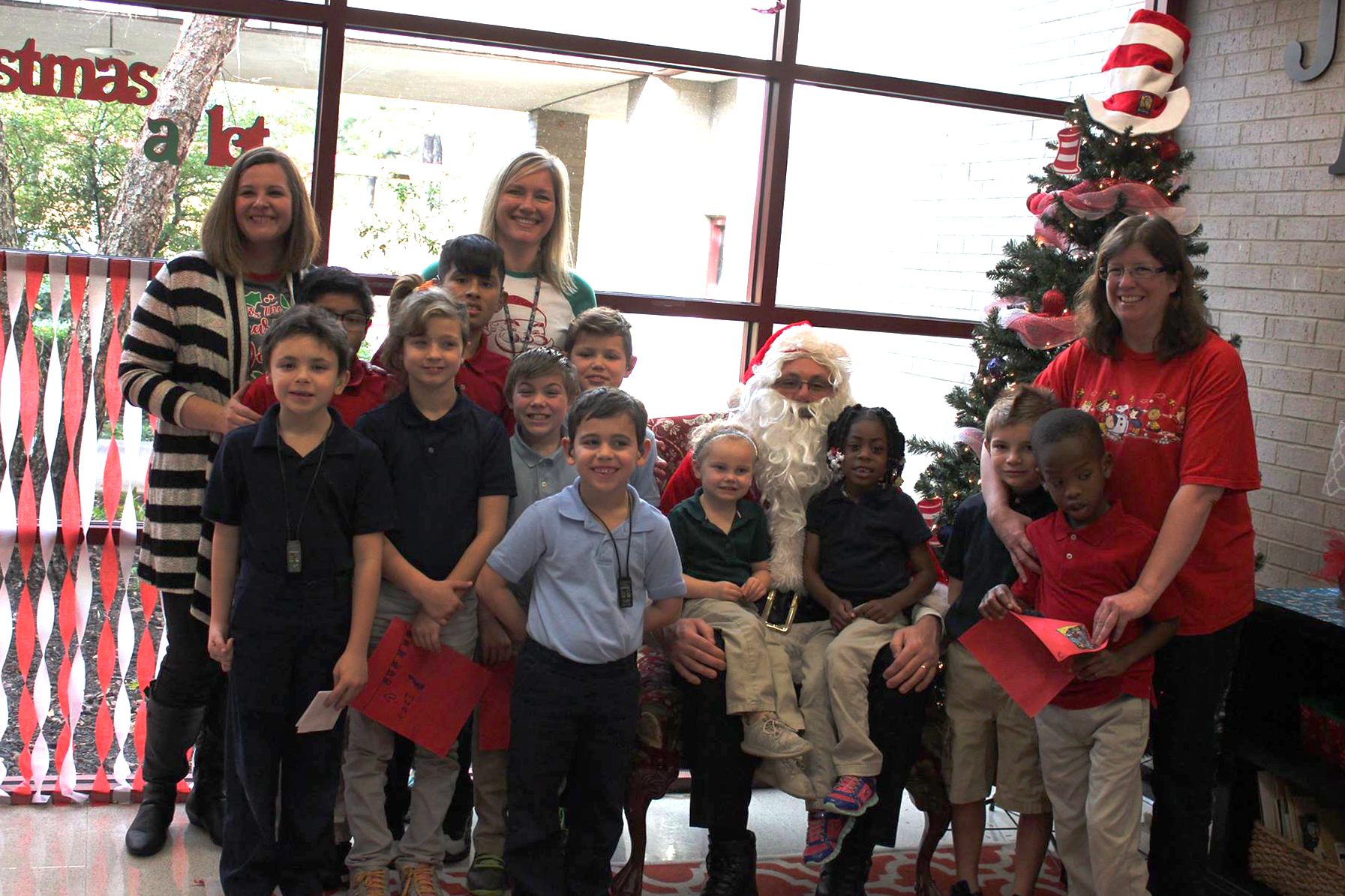 "My students are all hearing impaired with limited background and language experiences,” Reardon explained, noting that the majority come from homes where their parents are unable to sign. “I feel that it is my job to provide them with as many real-life experiences as possible to not only develop language and build comprehension, but to allow them to explore as much as their hearing peers in their own language.”

Knowing that most of her students had never visited Santa because they couldn’t communicate with him, Reardon organized a holiday event for her students called Signing Santa. The county sheriff, fluent in sign language, agreed to be Santa for the afternoon. “Not only was he the first Santa for our kids, but he was also the first male signer that my students had ever met – ever!” Reardon said.

Out of the fourteen deaf students on her campus, only four had sat on Santa’s lap and only two knew why – so Reardon spent time preparing her students for Santa’s visit. A few days before he came, the kids wrote him letters explaining what they wanted for Christmas. The class also read books and discussed traditions involving Santa until the big day came.

He sat in a big chair by the Christmas tree and Reardon led the students to him. They still had no idea he was coming and were giddy with excitement just seeing him. “When the first child walked up and he signed, ‘Hello, what’s your name?’ the look on my students’ faces was priceless!” Reardon said. “The first child didn’t even know what to do. He looked at the teacher next to him in disbelief!” They all got very excited, and one by one they shared what they wanted for Christmas with him.

“It was wonderful watching them communicate independently in their own language, without looking at the teachers or interpreters for help,” Reardon continued. “The kids were beaming from ear to ear, and I knew that my students felt equal and bonded with Santa. I am so overjoyed that the kids finally got to experience the Christmas joy that other children feel every year.” #txed #IAmTXEd #LongviewProud #WeAreLongview